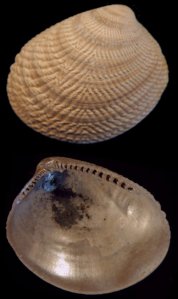 In 1818 the Reverend James – John – Ford published The Suffolk Garland, a miscellany of items he had gathered over the 10 or so years he had been the perpetual curate at St Lawrence’s on Dial Hill in Ipswich. In the collection are several poem by a Mrs J Cobbold, who John Ford must have known. She was Elizabeth Cobbold, the second wife of John Cobbold, the brewer, a match that made her stepmother to no less than 14 children – and mother to another 7! Regardless of all these charges, Elizabeth, as a wealthy woman, had plenty of time to indulge her love of the arts, history and science, as well as fostering it in her many charges. She had published her first collection of poems at 18, and went on writing and publishing throughout her life, including the two volume romance The Sword: or Father Bertrand’s History of His Own Times. She describes herself in a poem to a friend,

She organised many literary, artistic and musical gathering at Holywells, the Cobbold family home, including her famous Valentine’s party where she would try and match-make for the town through the writing of around 80 valentines that were selected randomly to encourage people to talk and get to know each other. Time for a revival?

She supported local talent, encouraging and promoting – and in some cases arranging publication – and, as was to be expected in a woman of means of her time, she also promoted charity in the town, starting, for example, the Society for Clothing the Infant Poor in 1812 – it is noted that by 1824 it had clothed over 2000 children. She was also fascinated by natural history, and corresponded with Sir James Smith, the President of the Linnean Society, and after submitting useful information and a lot of fossil shells for James Sowerby’s Mineral Conchology of Great Britain she even had a fossil named after her, Nucula Cobboldiae (or Acila Cobboldiae, apparently – not being as knowledgeable as Mrs Cobbold I have no idea why!) – Sowerby says that she collected with her children and step-children ‘with great industry’ and that in them she ‘delighted to inspire with a love for the works of nature from the crag pits of her own estate’ showing, he says, ‘a degree of taste and zeal seldom met’.

An extremely gushing memoir was compiled after her death in 1824, aged 57, with poems celebrating her – the memoir was written by Lætitia Jermyn, a butterfly collector, who went on to be the wife of James Ford!

There is one thing that Lætitia doesn’t mention: the infamous Margaret Catchpole was Elizabeth Cobbold’s servant, and she assisted her throughout her trails, imprisonment and transportation to Australia…

To celebrate the exceptional Mrs Cobbold here is her Sonnet to Spring,

Breathe, gentle gales, that round my hawthorn play,
And blythe, in wanton pastime, scatter round
White blossoms, fragrant on the dewy ground,
A mimic snow upon the breast of May.
I feel your balmy health-bestowing pow’r,
With ev’ry breeze successive pleasures rise,
Bright curls the wave, clear spread the azure skies,
And op’ning roses deck my tranquil bow’r.
Still’d is the soul, wild passion hush’d to rest;
The regulated pulses gently move;
And blameless friendship, peace, and hallow’d love,
Hold their bland empire in my quiet breast.
Then, vernal gales, your sportive flight pursue,
And reasons pow’rs, with nature’s charms, renew.

From: Mrs Elizabeth Cobbold a Memoir of the Author (J Raw, Ipswich, 1825)

Folk and Fairy Tales from England, their history and meaning. By Kirsty Hartsiotis.

www.kirstyhartsiotis.co.uk
Note: images by Katherine Soutar-Caddick for the History Press